Well I have landed in Mauritius.  Got here in late August and have just really been quite slack at writing anything down.  Will have to get motivated.  It did take me a while to migrate over the site to the new hosting company so I have a partial excuse.

It was my birthday yesterday.  It was sad being so far from L and Son 2 but I celebrated by going out for a few beers.  We went to some hotel in Port Louis and then Buddha Bar, Zanzibar and Les Enfant Terrible.  It was a good night.  That was Friday and so Saturday was spent relaxing around the house.  Judy made a Chocolate birthday cake which we ate with much gusto after dinner.

Hmmmm just back from Super-U in Grand Bay.  Have to remember that it shuts at 1.30pm on Sundays and so not much point turning up there at 4.00pm.  For some reason I thought it opened later.  Now I will have to think up something else for dinner.  I was going to make mum’s Special Chinese Beef.. hmmm…

Now let’s just post this and see if you can actually read it on internet explorer.  There seems to be a problem that it is not showing on IE. 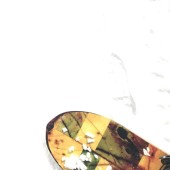 Snowboarding, Food, Django and Spreadsheets. Not in any particular order.

Written in the Stars

This site uses Akismet to reduce spam. Learn how your comment data is processed.